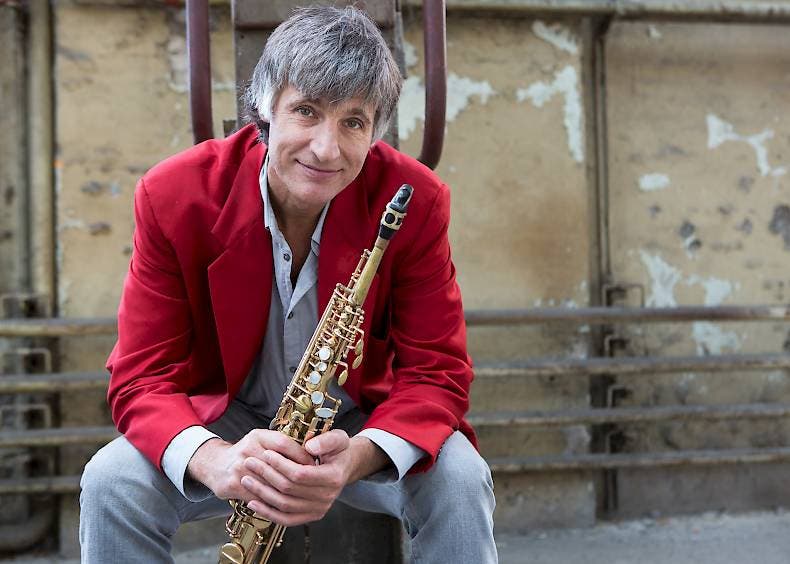 NEW CONCERTO FOR SAXOPHONE QUARTET AND ORCHESTRA BY DANIEL SCHNYDER 2019

we can’t wait to perform new concerto for saxophone quartet and orchestra by Daniel Schnyder on July 4th 2019 in Festspielhaus Erl.
More informations about the concert HERE

My Concerto for Saxophone Quartet and Orchestra is divided into three movements which are connected by free cadenzas. The first movement is rather pastoral in nature and reflects the origin of the saxophone in French music. In his famous „Bolero“ and „Pictures at an Exhibition“, Ravel brought the saxophone to the ears of the concert audience, listening to the lyrical, romantic and at the same time Dionysian side of the instrument. As we all know, at the same time as Ravel was writing his music, the saxophone became the main instrument of jazz, the new music of that time on the other side of the Atlantic. Without a saxophone, without John Coltrane, Charlie Parker and Lester Young, a jazz story is unthinkable. In the music of Gershwin and Ravel these worlds, Europe and America, have met and complemented each other. This transatlantic connection has conquered the instrument a place in the concert hall. Of course, the repertoire is still very young and small compared to violin and piano, and in some cases not properly composed for the instrument. Therefore it was a great chance and a favourite project for me to compose this concerto. I am a saxophonist myself, and both jazz and classical music are in my heart, I am equally at home in both worlds. So in the first movement you hear how these sounds, like the meeting of Ravel and Gershwin in Paris, inspire each other. This, in turn, is in perfect harmony with the „Concerto for Orchestra“, which Bartók wrote in America under the influence of all the new „sounds“ and which, like his sixth string quartet, clearly contains elements influenced by jazz. So for me this is a dream program: it reflects the holistic sound of the 20th century, where music is uncompromisingly at the centre and the exclusions that have poisoned our music world play no role. The second movement consequently plays around the jazz ballad, the American songbook, and uses the extended ramified harmonics, which were taken over from the late romantic period into jazz. The saxophone is probably the woodwind instrument that comes closest to the human voice. This is why the saxophone became the ballad instrument in jazz, at least since Coleman Hawkin’s famous „Body and Soul“ solo, which shook the musical world, the world of „savants“. The last movement is a kind of oxymoron, a musical utopia! On one side is R&B music, the music of the 70s and 80s, funk music, on the other the traditional Europe, fugue and counterpoint. These are two worlds that don’t really „belong“ together. But this idea came to me in my sleep how I could connect the world of Bruckner or rather Buxtehude, the music of repetition fugues, reversals, enlargements, reflections and splits with the funk music of a James Brown. The result is a highly explosive mixture of accumulated musical energy. The baritone saxophone rattles here in a way that no traditional orchestral instrument can do, and the presence and sound dynamic of the saxophone quartet shows all its unique quality in the combination of the elements mentioned above and in its inherent power to assert itself against a large orchestra. I hope that you, dear audience, enjoy this work and that I can surprise you again and again, and that you fall in love with the saxophone, this young instrument.